Warning: include(/home/customer/www/centroharmonia.com/public_html/wp-content/themes/charmonia/framework/plugins/importer/importer.php): failed to open stream: No such file or directory in /home/customer/www/centroharmonia.com/public_html/wp-content/themes/charmonia/functions.php on line 1267

Warning: include(): Failed opening '/home/customer/www/centroharmonia.com/public_html/wp-content/themes/charmonia/framework/plugins/importer/importer.php' for inclusion (include_path='.:/usr/local/php73/pear') in /home/customer/www/centroharmonia.com/public_html/wp-content/themes/charmonia/functions.php on line 1267
 Our team - Centro Harmonia 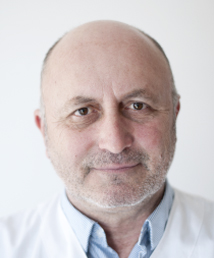 He gained his degree in Medicine and Surgery in 1981 from the Autonomous University of Barcelona. He began studies in Acupuncture at Barcelona’s Sacred Heart Hospital in 1982, and in 1984 he concluded Higher Acupuncture Studies with Professor Sabatier from the Faculty of Medicine in Toulouse. Between 1983 and 1991 he undertook continuous training in fields such as the Application of Laser Therapy, Rheumatology, Homeopathy, Neuro-occlusal rehabilitation, Homotoxicology. In 1994 he studied for a Masters in Homeopathy in Karlsruhe, Germany. Between 1997 and 1999 he took studies in several studies among which we could highlight the course “Viscum, cancer treatment” taken at the Kepler Institute in Lyon, France. In 2000 he took further training with the “Introduction to Anthroposophic Medicine and cancer treatment”. In 2002 he took the course,
“Expert in Psychosomatic Medicine and Health Psychology”, at the Miguel Servet Foundation for Health Sciences and at the Spanish Society of Psychosomatic Medicine and Medical Psychology. Up until 2005 he took ongoing training in subjects such as Phytotherapy, Personality Disorders and Oncology, among others. In 2006 he concluded his studies in Anthroposophic Medicine and obtained the international “Anthroposophische Medizin” certificate. Up until 2010 he participated in several courses and seminars such as Orthomolecular Medicine, Anti-aging therapies, “The Therapeutic Use of Sea Water, René Quinton 110 years
of Sea Therapies”.

In terms of his professional trajectory, Felip Ramis has been a doctor at the Centro Harmonía since 1982 until present, he is a founding member of the “Laser Clinic Research Group” (1983 Cambrils), doctor at the Vilafortuny Medical Institute in
Cambrils (1984-85 Tarragona), assistant doctor at the Centre for Cybernetic and Biomedical Studies and Applications in Nyon (1986 Switzerland), doctor at the Queen Sofía Residence and La Bonanova Residence (2003 Palma, Majorca), teacher of Bioenergetics in traditional Chinese Medicine and Acupuncture at AFEDECO (2009 Palma, Mallorca). He has also featured as a speaker at a multitude of courses, symposiums and conferences.

Dr Pedro Martorell (Coloproctology, specialist in disorders and treatments of the colon and rectum)

He gained his Medicine and Surgery degree in 1981 from the Autonomous University of Barcelona, was a houseman at St Charles Hospital, Montpelier between 1982 and 1986, assistant at Vall d’Hebron University Hospital in Barcelona, in the General and Digestive Surgery Service from 1986 until present, a proctologist at the Rotger Clinic in Palma, Mallorca from 1992 until 1995. Since 1995, he has been working at Centro Harmonía as a coloproctologist, and is one of the most renowned and pioneering specialists at performing colon hydrotherapy. 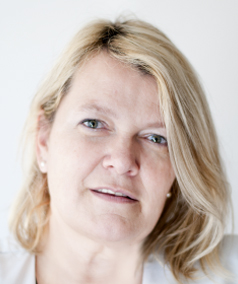 Primary, secondary and baccalaureate in Switzerland (Witterwill, Realschule Reinach, Fachabitur), Higher Education in Natural Medicine in Germany, Freiburg im Breisgau, Heilpraktiker (1989), Specialities and courses in Iridology and Reflexology in Barcelona with José Luis Berdonces (1990), specialisation in Phytotherapy, Diploma in Bach Flower Remedies at the Bach Institute in Madrid (1991), Specialist in Detoxification, the elimination of heavy metals and alkaline-based diets (2010), different training courses on orthomolecular medicine, training in the use of several therapeutic technologies. She has worked at the Centro Harmonía since 1995. 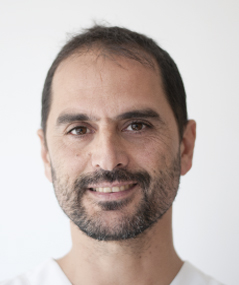 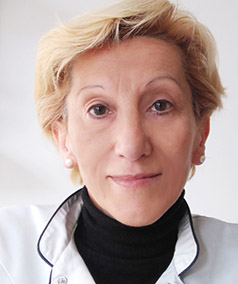 Following her Baccalaureate at the Colegio Patronato de Montemolín, she obtained a qualification in Secretarial and Administrative Work at the Kühnel Academy, and trained as a Health Assistant at the Red Cross, all in Zaragoza. She has experience in pharmaceutical storage management (Juan Jiménez, S.L), and in administrative management (Sandvik Spain). Since February 1987 she has been responsible for administrative, secretarial and reception work, and she also carries out assistant nurse duties at Centro Harmonía. 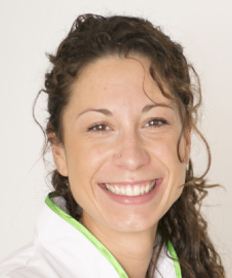 Her professional career began in 2008 when she worked as an intern at the nutrition company Farfaralab (Barcelona). In 2009 she went on to work at Sant Pau Hospital (Barcelona) and at the supplements company ELADIET (Barcelona). In 20212 she worked at the Spanish Biomedical Research Centre in Phsyiopathology of Obesity and Nutrition (CIBEROBN) (Santiago de Compostela).
Between 2010 and 2011 she worked for DIR gyms (Barcelona) and the Sauna Bossa beauty centre (Barcelona). In 2013 she worked at the Miquel Ciriera Puig Pharmacy (Llucmajor, Mallorca) and at the sports supplements company Nutrytec (Palma Mallorca). In 2014 she worked at PUNT VITAL (Palma Mallorca). Since 2014 she has been working as a dietician-nutritionist for the company Eurest at Joan March Hospital (Bunyola, Mallorca). Since 2012 she has been in charge of personalised nutrition consultations at Centro Harmonía. 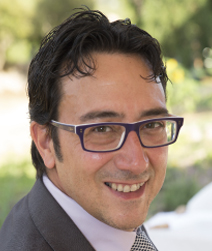 Professional Experience: Resident doctor in Internal Medicine at the General Vall d’Hebron Hospital (1993-1995). Member of the Infectious Illnesses Division at Vall d’Hebron Hospital (1999-1995), Internal Medicine Doctor at Sant Jaume de Calella Hospital (1995-1996) and Barcelona Hospital (1995-1996). Emergency internal medicine doctor at General Vall d’Hebron Hospital (1996-1997). Research scholar at the Autonomous University of Barcelona (Research foundation) at Vall d’Hebron Hospitals (Infectious Illnesses Division 1996). Research extension grant from the Health Research Fund of the Carlos III Institute in 1995, assigned to a health research fund project. Participation in the liver transplant program at the General
Vall d’Hebron Hospital as an infections consultant (1994-1996). Deputy Director of Internal Medicine Services at the Red Cross Hospital in Barcelona (1997-2003), specialising in infectology. Infectious illnesses consultant at the at the ICU of the Our Lady of Lourdes Clinic (2001-2002). Deputy Director of Internal Medicine Services at the Manacor Hospital Foundation (2004-2007). Infections Consultant. Member of the Committee for Infections (vice-president and president) and Teaching (vice-president) until 2011. Head of Internal Medicine at the Manacor Hospital Foundation (2007-2011). He is currently deputy director of the Internal Medicine Service at Juaneda Clinic, and has been since 2012. He is also a Member of the Infections Committee, the Pharmacy Committee, the Teaching Committee and the Tumours Committee. Head of the Centre for adult vaccination and international traveller assistance, Infectious Illnesses Consultant, Internal Doctor at Hospital de Muro (since 2009) and the Laserclinic Centre (since 2012). He teaches on a large number of courses, seminars, postgraduate courses, and ongoing training programs. He has collaborated as a Doctoral-level expert at the University of the Balearic Islands’ Doctoral School. He is a student tutor at the I.M. Sechenov First Moscow State Medical University. He has spoken at several national and international conferences and has contributed a long list of scientific works in journals and books that have been published nationally and internationally. He has also been invited to participate in several expert committees, advisory committees and scientific committees. Since 2015, he has been in charge of Internal Medicine consultations at Centro Harmonía.